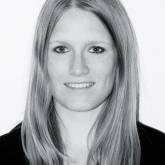 Following the positive experiences seen in Ghana, the “Lindt & Sprüngli Farming Program” was expanded to include other countries – including Madagascar. One of the local implementing partners is the Swiss NGO HELVETAS Swiss Intercooperation, where Andrea Wynistorf has been on practical assignment since March 2017 as part of the MAS Development & Cooperation (NADEL) from the ETH Zurich. The main task involves using a guideline to analyse climate risks and adaptation measures for ensuring a sustainable cocoa supply chain. Additionally, she also supports the local team in everyday project work. Here, Andrea reports on her initial experiences as a project assistant in Madagascar.

My nine-month practical assignment in Madagascar got off to an unexpected start – and gave a real-life insight into my assignment task of “Climate risks and adaptation possibilities in market systems”. Towards the end of an unusually dry and storm-free rainy season, my arrival in the capital Antananarivo coincided with the arrival of the powerful Cyclone Enawo on the east coast – a cyclone of a magnitude apparently not seen on the world’s fourth-largest island for a decade. As a result, my first day at work saw a UNO meeting for coordinating humanitarian aid instead of the planned introduction to the project. Putting the project on hold was definitely the right decision. According to the latest figures from the UNO, 434,000 people were directly affected, with half of these being forced to leave their homes – at least temporarily – and 81 people losing their lives.

Following an exciting and emotion-packed two-week introductory phase in the capital, I then travelled to my project site “Ambanja” together with a Madagascan intern who had also been recruited to carry out the climate analysis. Ambanja is the main settlement in the cocoa region around the Sambirano river in the north-west of Madagascar. In contrast to the majority of the country, this area has an almost perfect climate for cocoa production. Above all, this means ideal temperatures and sufficient rainfall. This climate – one that nonetheless is also changing according to initial research – allows for cocoa production with hardly any chemical additives. Although not one of the most heavily affected areas of the island, Cyclone Enawo also left its mark here. Entire villages were underwater for several days, whilst the majority of the rice fields – cultivated mainly for the villagers’ own food supply – were destroyed, leading to a rapid increase in rice prices at the local markets.

At the project office, which was founded in 2015 for the “Lindt & Sprüngli Farming Program”, I met a dedicated eight-strong team that was confronted with a lot of additional work. The first period of aid distribution to those affected by the cyclone had just started at the villages involved in the project, and I was able to help out straight away on my first day here in two villages. Together with the other team members, I filled coloured containers with a little rice, beans, sugar and oil, a wash set and three candles. This product selection and a list of those in need were the result of a needs analysis carried out beforehand. As we were filling the containers, an increasing number of villagers gathered and waited patiently until they were able to collect their package. I was particularly moved by how happy and grateful the cocoa farmers were to receive this – by Swiss standards – modest contribution.

Following the initial phase of immediate aid, the second phase of medium-term and long-term aid measures is already being planned at the office here. The majority of this is being financed by a generous donation of CHF 50,000 from the “Lindt Cocoa Foundation” and another donation from Lindt & Sprüngli Switzerland. In the coming months, critical points of the road network will be repaired, as the villages of the Haut-Sambirano are often no longer accessible during the rainy season. At the same time, the wells will also be disinfected and the sand-covered rice fields will be cleaned and reseeded – all measures that the local population will benefit from over the long term. Following several journeys to the villages, I can only welcome these measures. It goes without saying that I also find it very responsible for a company to offer their own producers additional support in times of need. For me, the positive reactions during the aid distribution were a sign of just how happy people are to work in a program and together with partners who also show solidarity in difficult times. The risks connected to the time after the aid has been distributed – such as when expectations are not met – have been analysed in detail at the office and various strategies attempted to minimise their effects.

Despite Cyclone Enawo, I was able to spend most of my first two months as project assistant working on my analysis, becoming familiar with the local cocoa industry and working on the project in general. For example, my colleague and I have had many interesting discussions with private and public representatives from various areas of the industry. Also very interesting was the possibility of observing the training modules for the cocoa producers and processors, which were carried out by HELVETAS trainers and an increasing number of local partner organisations as part of the “Farming Program”. The modules were well attended and those participating played an active role in the training. In general, I have seen many cases where there is a real desire for mutual exchanges and a great motivation to learn in recent weeks.

Outside work, I have also settled in well to life in this small town and have spent some time taking trips on the weekend. Rainforests featuring endemic flora and fauna and an island paradise off the tourist trail can be found close by. I am thus greatly looking forward to also making a contribution to this interesting and valuable project over the next six months, not to mention also expanding my personal horizons – both during and outside work – together with the local population.